Colorado is an upstream state under the Compact, with its allocations split primarily between Colorado and Kansas.  Some quick facts regarding the Republican River in Colorado are: 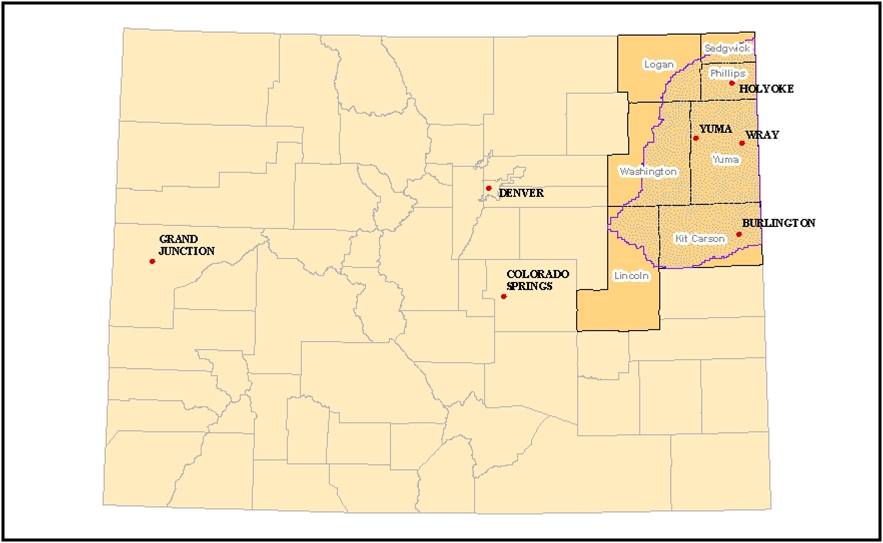 The Republican River Water Conservation District is an independent entity that is entirely self-governed. The Colorado State Legislature created the District in 2004 to assure local involvement in the State’s efforts to comply with the Republican River Compact between Colorado, Kansas, and Nebraska. The fifteen members of the Board of Directors are residents of the basin appointed by the Commissioners of local counties, Boards of Ground Water Management Districts, and the Colorado Ground Water Commission.

The District promotes conservation through voluntary participation. By utilizing federal programs, the District has brought in millions of federal dollars to offer financial incentives to producers who voluntarily retire water rights to reduce consumptive use to the stream flows. These water retirements reinforce the District’s efforts to conserve the Ogallala Aquifer for future generations.

Much of the Republican River Basin lies within the Northern High Plains Designated Basin.  Click here for more information about the several Ground Water Management Districts within the basin.